We bet you didn't know these fun facts about Dataplan 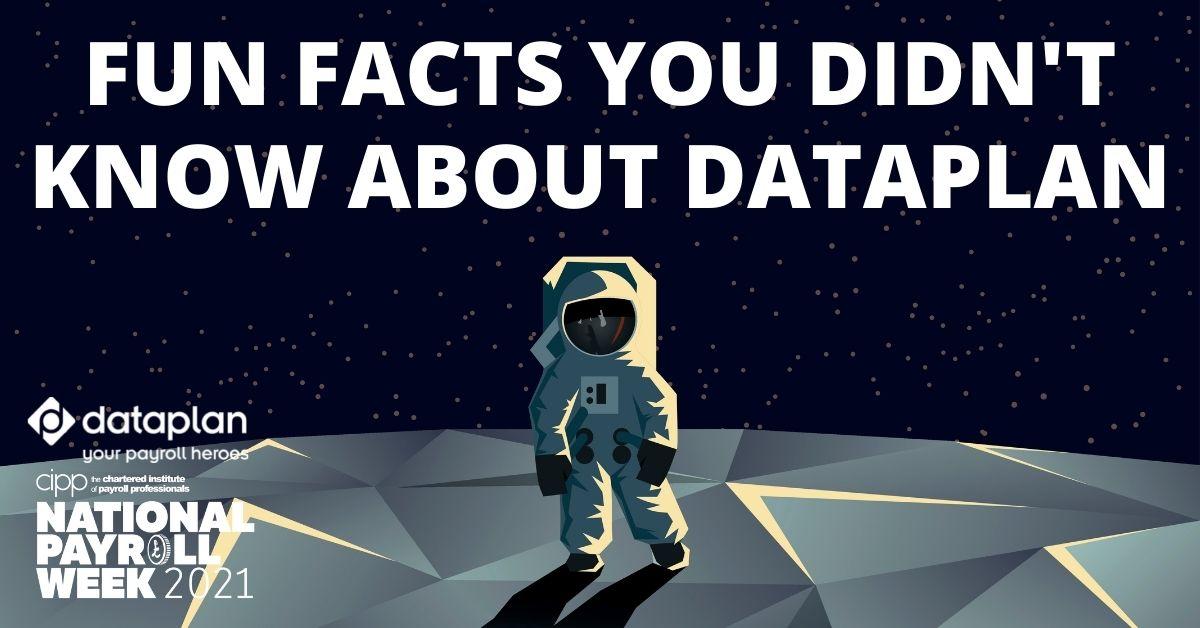 It is true that to many people payroll might not seem like the most fun and fast paced industry to be in, but at Dataplan we know the complete opposite to be true.

National Payroll Week seeks to celebrate the industry and its professionals, to shine a light on the true side of the profession and the exciting career that can be built in the world of payroll. Here at Dataplan we know that payroll is a constantly evolving environment, and a very interesting place to be indeed.

To show this, we have collected some of the fun facts about Dataplan and what we do that we think makes our corner of the payroll world one of the best places to be.

In 2020 we made significant headway in converting clients to ePayslips and cutting carbon emissions. If these 4,359,612 payslips had been printed they would have weighed a huge 28.34 tonnes which is the equivalent of two blue whales or 7 African elephants! Laid out lengthways, they would have stretched the distance of London to Prague.

Founded in 1969, the same year as some notorious moments in history

1969 was a momentous year, it was the year that Dataplan was founded. We share our birth year with some unforgettable historic events including:

Born in the historic seaport of Grimsby

Dataplan was born in the iconic fishing town of Grimsby. Once home of the world’s largest fishing fleet, Grimsby’s fishing industry is still alive today but on a smaller scale.  But that isn’t all there is to love about Grimsby. Did you know?

Dataplan Stan is our mascot and the original payroll hero. Stan symbolises everything that it means to be a payroll hero.

Stan’s guide to being a superhero: