National Minimum Wage - The resumption of Naming and Shaming 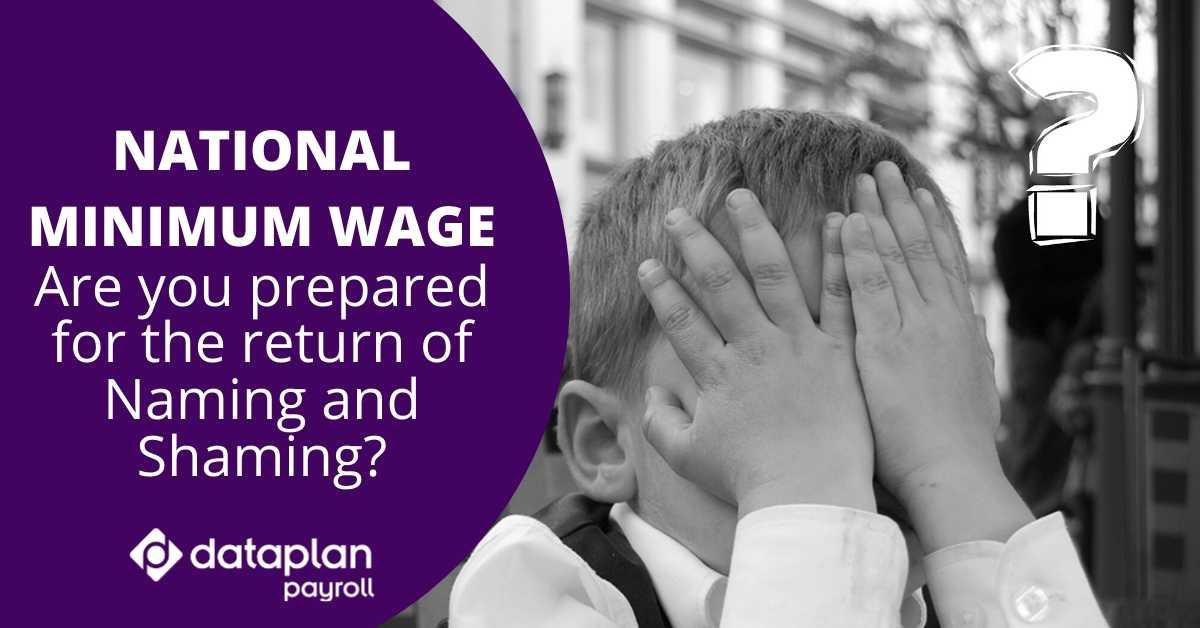 My previous blog on National Minimum Wage (NMW) looked at the top 10 errors found by HMRC when undertaking reviews on employers’ payroll and related records.

As I have previously explained, it is not just the hourly rate of pay that qualifies for NMW and this is an area that catches a lot of employers out. There have been numerous high profile cases of NMW failure, and HMRC and the Department of Business, Energy and Industrial Strategy (BEIS) have previously ‘named and shamed’ those employers where NMW underpayments have totalled in excess of £100.

The naming and shaming can have a significant effect on a business’ reputation, all for minor indiscretions totalling £100. As a result, naming and shaming was suspended in June 2019 pending a review of the scheme. That review has now been completed and HMRC and BEIS have confirmed in a press release that those employers who flout the National Minimum Wage rules will continue to be named and shamed.

However, the naming and shaming will only happen if the NMW arrears exceed £500. Employers will still be required to amend the employees pay records and pay the employees the extra pay, whatever the values, and HMRC will continue to charge penalties of up to 200% of the underpaid wages.

On a positive note, there is a little bit of good news in the press release. The legislation will be amended to increase the range of pay arrangements that are available to employers employing ‘salaried hours workers’. The new rules, when published, will mean that employers are less likely to fall foul of the ‘difficult’ NMW regulation that has historically caused issues for those employers who employ individuals who are paid drastically different values from one month to the next.

I am all for employees being paid the correct amounts for the work done and employers should pay the NMW. If they deliberately underpay NMW, then I wholeheartedly agree that those employers should be named and shamed.

HMRC minimum wage enquiries are very intrusive and time consuming, and do involve HMRC interviewing employees on their understanding of working practices and how they are paid. I have been involved in numerous NMW enquiries and therefore have the practical experience on how to deal with HMRC in this respect. If you require assistance with anything involving that National Minimum Wage Act, at Dataplan we are able to offer a consultancy service to assist you with this.