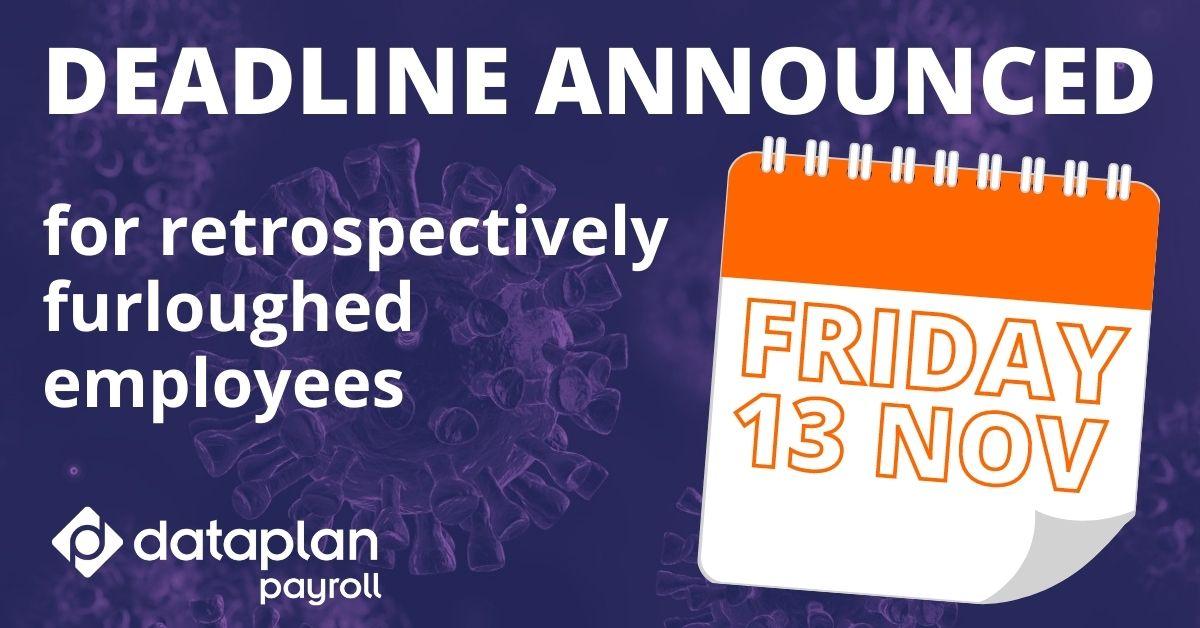 Following the news on 5 November regarding the extension of the furlough scheme until March 2020 as reported in our blog ‘CJRS Extended’ further details were revealed late yesterday (10 November) including an important deadline on 13 November.

Employers can agree retrospectively to furlough an employee from 1 November provided that agreement is in place on or before 13 November.

This is a one-off opportunity and employers should bear in mind that a written agreement is required as HMRC will check the agreements and the dates of those agreements. If a valid agreement is not in place, HMRC will probably seek the repayment of furlough payments made by HMRC relating to ‘ineligible’ employees.

You only have until Friday to get these agreements in place!

There has been some clarity on other areas of the extended CJRS, although it is a little ‘light’ in areas, which is disappointing.

The key areas that have been clarified are;

HMRC will be publishing details of employers using CJRS

Something that wasn’t expected was the news that HMRC will be publishing information of those companies using CJRS. This will allow employees to check if their employer has made claims under the scheme but it seems a strange move and one that has come without warning.

HMRC have previously ‘named and shamed’ businesses that got National Minimum Wage wrong, but there is no suggestion that this is a similar move.

For Dataplan clients, furlough payments are shown on payslips so it should be of no surprise to employees that we have claimed a furlough grant on theor employees behalf. Perhaps this isn’t the norm, however and HMRC is seeking to help employees see where CJRS has been claimed on their behalf.

All claims must be submitted to HMRC by the 14th of the month following the month end to which the claim relates. This is a significantly tighter deadline than under phase 1 and 2 of the scheme.

Relaxing of the number of employees cap

Return to work after SMP

Employees returning from maternity leave MUST give the statutory 8 weeks’ notice to end maternity leave early, in order to be furloughed. As, in most cases, a furlough payment will be greater than SMP, it is important that the rules are strictly adhered to. Incorrect claims will require repayment and failure to follow the 8 week notice period could render a claim invalid.

On the whole, this Gov.uk update has been a little disappointing, particularly clarification for zero hours contracts, and is light on detail but it has reaffirmed the requirement to have written furlough agreements with your employees.