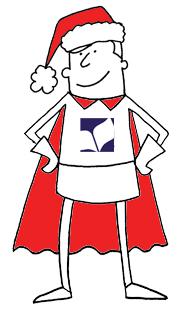 Mr. S Claus… you may have heard of him; has a small family run business somewhere near the North Pole. He has a small workforce, in stature, not numbers – good news here, he qualifies for the Employers Employment Allowance.

Although his normal work is concentrated into one day, or rather night, this does incur a significant amount of travel.  However, the mode of transport is not of the normal type. He is heavily into transportation and delivery, I suppose similar to the Post Office except he does all the deliveries himself.

Now, a little poetic license required and imagination by you the reader, let’s assume that good old Santa operates through a Limited Company and is registered in the UK (Unusual for a North Pole business but stay with me on this one).

So what implications do we have for the company and Santa?

His vehicle is his sleigh which is by the company.  Is there private use? No it is only used once a year. Full Capital Allowances available if not already claimed.  The Reindeers; only cost here is food! They are not pets so fully allowable.

Santa has that big red coat, trousers and the black boots. Modesty dictates that we all wear clothing however Santa has a traditional image to maintain. Good news here as these are undoubtedly work clothes but to ensure there are no tax implications I would recommend he adds a logo with the company name, this will certainly differentiate him from those imposters you see in the shopping centres.

Uniform costs for employees can be reduced if he purchases children’s clothing.  These will fit most of his employees and will be VAT free. Again the company logo will prevent any income tax issues.

While Santa is out making all those deliveries, he may want to keep in contact with his merry band of workers. He decides to provide mobile telephone for all his workers (Santa keeps up with the times) and allows them to use them for private use.

Santa then panics thinking he has created a tax beast for the little fellas. However Santa need not worry. A mobile telephone is a very tax efficient benefit to give to an employee as there are no tax consequences whatsoever for the employee. A company mobile (even though they may be used for private calls) does not attract a benefit in kind.

So Santa has made all his deliveries and it is time for some rest and to treat his employees for all of their hard work.  He decides to take them out to his favourite Italian Restaurant, (you can’t see them at the North Pole, camouflaged by the snow).

The cost for food and drinks came to £120 per head. Santa knew that there were no tax implications for this as it was the only function in the year, all employees went and it was below the £150 per head his accountant had told him about.

Finally, Santa wanted to reward his small band of merry workers with a gift.  He had something to the tune of £50 in mind. Fortunately HMRC now allow a ‘Trivial Benefit’ to the value of £50 as long as it is not in cash. So Santa can buy a nice little gift for his employees and not worry about any tax implications.

So, Santa is a caring employer and likes to reward his employees, however, he also gets the tax relief for such employment rewards against his Corporation Tax.

At this time of year, following Santa’s lead can reward staff without any tax implications.

I wonder if the Easter Bunny or the Tooth Fairy have considered their employees in such a way?