Employment Allowance from 2020/21 – fundamental changes ahead 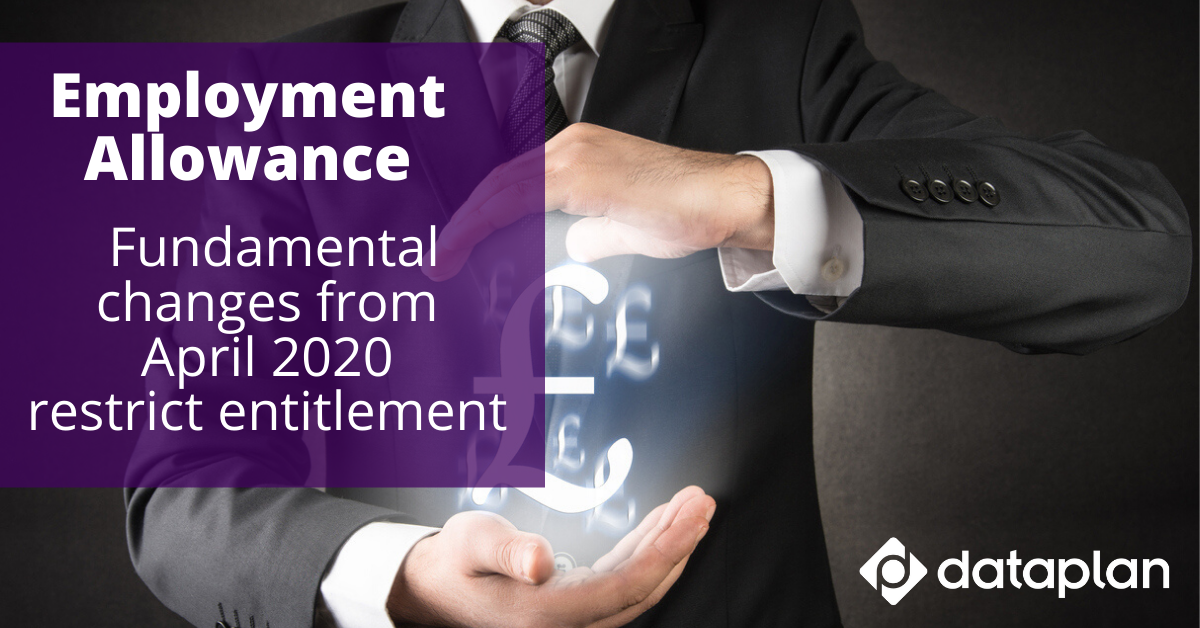 Employment Allowance from 2020/21 – fundamental changes ahead Since its inception at the start of 2014/15, the rules surrounding Employment Allowance (EA) have remained fairly consistent. There was the change in the maximum EA claim from £2,000 to £3,000 (with effect from tax year 2016/17) – however, the regulations surrounding eligibility (and the process for claiming the Allowance) have been notably steady since April 2014.

Major changes due from April 2020

All that is set to alter with effect from 6th April 2020, when entitlement to the Employment Allowance will be drastically restricted.

For payroll providers such as Dataplan, this poses a challenge, taking into account the fact that individual companies often form part of connected employer groups. In these scenarios – it will be the class 1 employer NICs level for the overall connected group that determines eligibility for EA. Establishing connected group statuses, or lack thereof, with respect to Employment Allowance eligibility is a challenge that Dataplan’s specialist Legislation and Compliance Team looks forward to taking on.

Similarly pivotal to the upcoming changes is the fact that Employment Allowance will, with effect from 2020/21, need claiming for each individual tax year.

HMRC has previously assumed – upon receiving an EA claim for a given financial year – that the employer will remain eligible in subsequent tax years and has not required a renewed submission for each subsequent year. As of 2020/21, however, an employer believing that they are eligible for EA will need to claim at the start of each tax year, via an employer payment summary (EPS). HMRC will then either accept or decline the claim. At Dataplan, we will ensure that our payroll software takes full account of this change.

The scope of the impending changes has been limited somewhat, by HMRC’s recent announcement that de minimis state aid figures will no longer need reporting via RTI, as was proposed in the original Employment Allowance draft reform legislation. Nevertheless, the new £100k eligibility threshold – and the requirement to renew eligibility via an EPS at the start of each new tax year – still mark the biggest change to the Employment Allowance since its introduction.

These reforms loom at the same time as HMRC crack down on employers’ ability to make retrospective claims for prior tax years.

This is shown by how – as of 6th April 2019 – it has not been possible to successfully submit an EA claim for the 2014/15 tax year; with effect from 6th April 2020, it will not be possible to submit a back-dated EA claim for either 2014/15 or 2015/16. With this in mind – employers should act as soon as possible, if there are any prior tax years for which they did not claim Employment Allowance despite being eligible.

Dataplan is delighted to assist our clients in this regard, by actioning back-dated claims – even in respect of any tax years for which we did not manage the payroll.

For further information regarding the Employment Allowance reforms, please get in touch with Dataplan’s Legislation and Compliance Team on 03331123456.