New research from Virgin Media Business shows that only 14% of SME's (employing up to 250 people) allow their staff to work flexibly or to work from home. This is significantly lower than the FTSE 100 companies where the figure is 69%.

In its survey of 5000 businesses the smaller firms reported that their main concerns revolved around teamwork and worker welfare. Of those questioned 43% feared that distributed teams are less effective resulting in isolation and stress for employees.

Smaller businesses believe that the costs of rolling our these options were prohibitive too with 29% raising this concern. That concern increased most in the Yorkshire and North East regions where over 39% raised this as a problem.

Perhaps surprisingly only a small percentage (11%) claimed that setting up new HR processes to cope with flexible/home working solutions would cause a problem.

However, when it came to saying how they benefited from flexible working smaller businesses like their larger counterparts agreed that the policies helped them to retain and engage their workforces.

In the survey 42% of respondents said that flexible and remote working improved employees' work-life balance. And that it encouraged staff who might otherwise leave, such as new mothers, to stay with the company. Other businesses were enthusiastic about the operational benefits of distributed teams working flexible hours. On this front 21% believed this made it easier to deal with out-of-hours work more easily, while 19% thought this would make workers more productive.

Commenting on the research, Virgin Media Business's executive director, commercial, Andrew McGrath, said: "Given the vast difference in scale and infrastructure between a company employing 100 people and one employing 100,000 it was inevitable that we'd discover some big differences in their approach to flexible working. Yet with millions more people about to gain the right to request flexible working it's an issue that's going to face businesses of all sizes."

"The good news for SMEs, however, is that the technological difficulties and expense associated with rolling out these schemes even a few years ago are a thing of the past. In the days of affordable, high speed broadband, cost-effective laptops and smartphones there's no reason why remote or flexible working programmes should be expensive or difficult to implement. When coupled with superfast fibre optic networks available nationwide, remote working could, by doing away with the commute, help businesses and employees use their time far more effectively. And with tools such as instant messenger, presence, videoconferencing and teleconferences now widely available, there's no reason for remote teams to lose cohesion or for workers to feel left out on a limb." 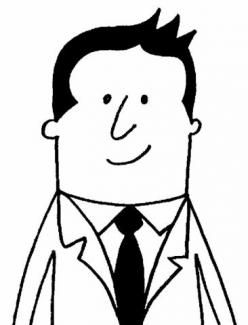