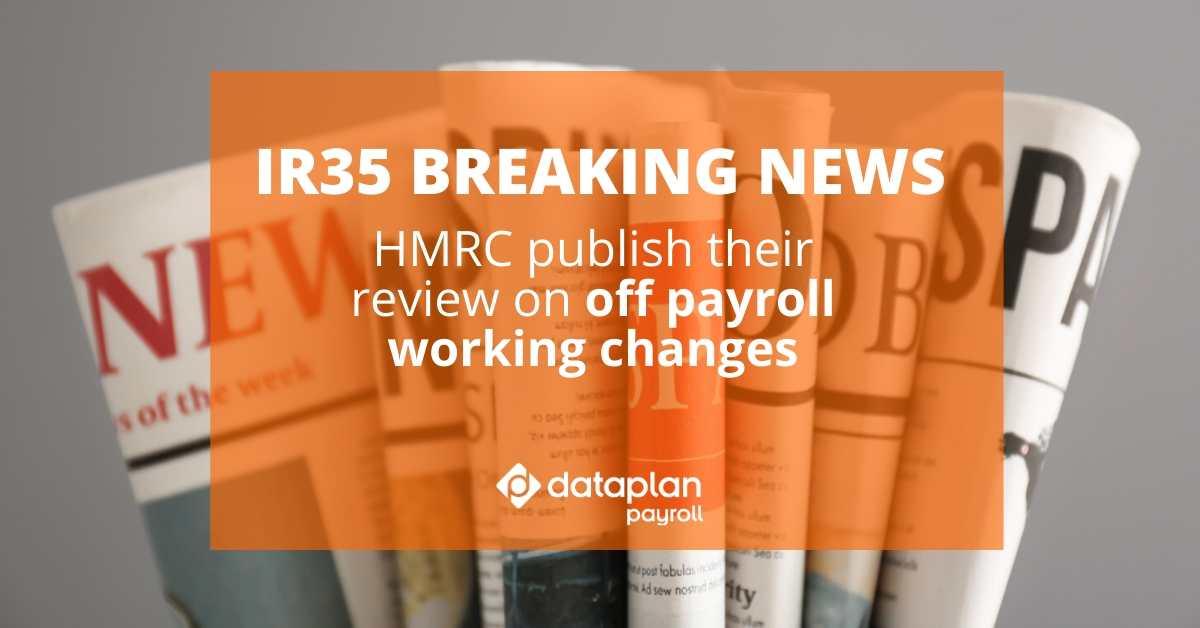 In the latest IR35 news, in January 2020 the Government announced a review of the changes to off payroll working in the private sector that were due for implementation on 6th April 2020.

I was dubious about the review given the time and effort that HMRC had put into the introduction of the new Check Employment Status for Tax (CEST) tool which I had even been involved with testing as I mentioned in my review blog post, and the fact that they had previously issued detailed guidance on the rules for the private sector, and a couple of amendments for the public sector.

The outcome of the review has now been published by The Treasury in addition to the report and conclusions document. So, it looks like my dubious thought was quite well founded.

They are really only two points that merit comment, and these are relatively positive points. Firstly the report states that engagers will not have to pay penalties for errors relating to the IR35 rules in the first year. This will include errors made in the assessment where HMRC think the worker should have been caught by IR35 but was not treated as such. Of course there is the caveat within the report that if errors have occurred because of deliberate actions, then HMRC will still purse a penalty in these instances.

Secondly, and this point will have more of an effect on the IR3 contractors, the report confirms that information that HMRC receive through the Real Time reporting system, will not be used by HMRC to open investigations into the Personal Service Companies of the workers. The normal caveat here, is that this is unless the worker is suspected of fraudulent activity in respect of their own assessment of IR35.

There was a legitimate concern that HMRC would use the fact that the engager assesses a worker as caught by IR35 legislation, as a tool to open an investigation. The fear was that this was because the worker had not consider themselves caught when they were responsible for the assessment pre 6th April 2020.

For those of you who want to read the full report you can do so via the gov.uk website. If you still have concerns regarding IR35 and assessing your off payroll workers we are able to offer an extensive consultancy service to suit your needs, please get in touch to see how we can help you.