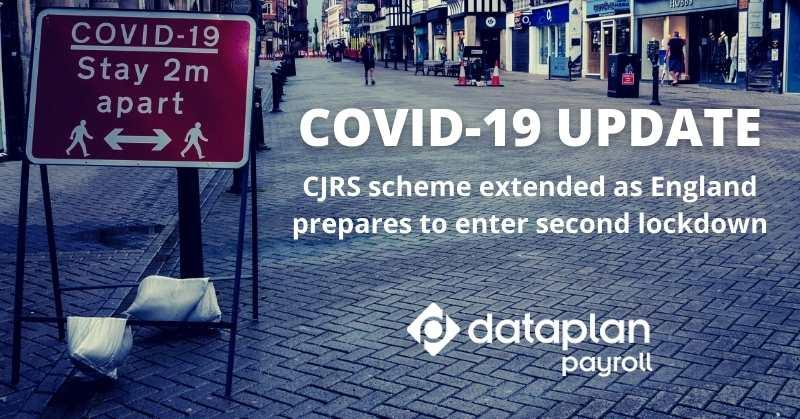 On Saturday 31st October 2020 the Prime Minister announced that England would be entering a second lockdown, starting on Thursday the 5th of November and ending on Wednesday the 2nd of December.

As we had previously discussed in our post “Details released on Job Support Scheme” the Coronavirus Job Retention Scheme (CJRS) was planned to end in October, and the new Job Support Scheme (JSS) to take its place from the 1st November. However, with another lockdown about to come into place this has now changed.

The Coronavirus Job Retention Scheme has been extended

The JSS has now been suspended until December, and in its place the CJRS has been extended to operate as it has since it came into effect on the 1st of July. This will allow employers to place their employees on full furlough or flexible furlough throughout November.

It is important to note that this is a temporary measure, and that the JSS has not been completely scrapped. It is still planned to commence in December when lockdown and the CJRS extension ends.

Some changes have been made to the CJRS

Some amendments have been made to the CJRS in light of the extension, so far we know that:

Further detail on the CJRS extension is expected to follow

With the announcements coming in thick and fast, as expected some detail is yet to be clarified on the extension.

As always, Dataplan will provide further updates when additional information is released.